Following last weekend’s chastening defeat to West Ham United, Unai Emery’s Arsenal project looked in danger of falling asunder. With that said, the visit of Chelsea, who easily sidestepped the Spaniard’s high-press back in August, looked incredibly ill-timed. Jorginho, Maurizio Sarri’s tempo-dictating pivot, was key to his side’s success on that occasion. But the famously passive Mesut Ozil was the regista’s direct opponent then; Aaron Ramsey, fielded here in Jorginho’s face at the tip of an Arsenal diamond, proved nowhere near as forgiving. END_OF_DOCUMENT_TOKEN_TO_BE_REPLACED

If anything, Declan Rice may be too mature for Manuel Pellegrini’s own good. The teenager’s all-seeing performances in holding midfield may have convinced his manager it was safe to revert to 4-4-2 back in November. One central midfielder was therefore dumped, as the 4-3-3 that plugged West Ham United’s yawning early-season gaps fell by the wayside. Fortunate victories over Cardiff, Crystal Palace and Fulham masked the lack of balance this switch engendered. A subsequent festive period run of one win in four, therefore, came as little surprise to more keen-eyed observers. END_OF_DOCUMENT_TOKEN_TO_BE_REPLACED

To say Fulham went all-in during the summer would be something of an understatement. Promoted as the Championship’s top passers, the Cottagers faced a stark choice: stick to their guns, with the same players, and go straight back down; stick to their guns by signing a whole new side at great expense; or foist a more defensive style on a squad wholly unsuited to such. In the end Slavisa Jokanovic plumped for option two, spending upwards of £100m before the transfer window slammed shut. But, two months on, the Serbian is still no closer to moulding Fulham’s 11 newbies into a cohesive unit. END_OF_DOCUMENT_TOKEN_TO_BE_REPLACED 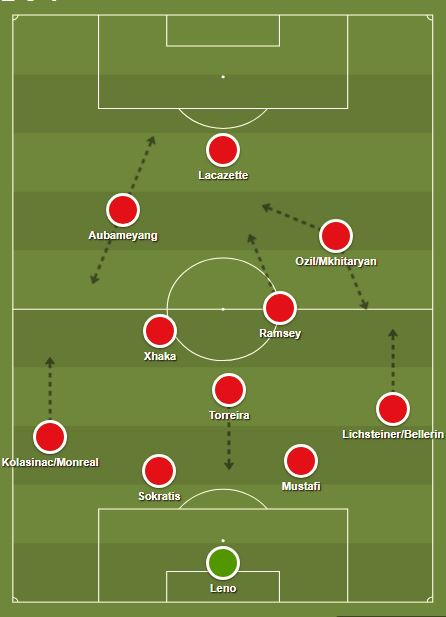 After 14 years of protracted decline under Arsene Wenger, Arsenal fans are entitled to feel excited. Unai Emery, a so-called serial winner, represents a welcome new dawn for Gunners supporters. Unlike Wenger, the Basque has not adhered rigidly to one true style of play throughout his managerial career.

In three full seasons at Sevilla, armed with a counterattacking 4-2-3-1, Emery won the Europa League every time. At PSG, however, Emery found European success elusive with a possession-based, pressing-oriented 4-3-3. Which of those masks the former midfielder chooses to wear, and when, will ultimately decide his Emirates Stadium fate. END_OF_DOCUMENT_TOKEN_TO_BE_REPLACED