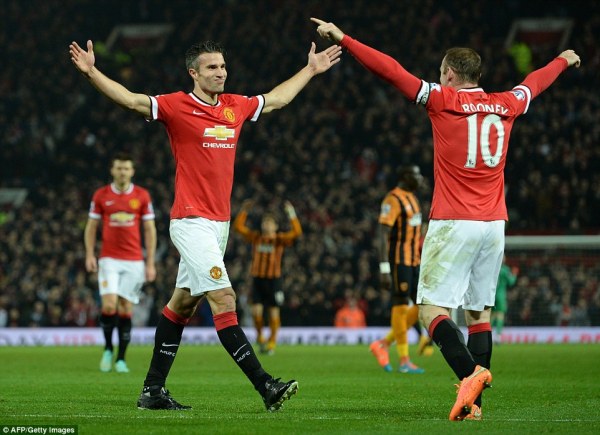 Last month’s decision to dispense with the diamond in favour of a 4-3-3 was successful in stemming accruals to Louis Van Gaal’s goals against column. Unfortunately, it also had the unintended consequence of reducing his side’s attacking threat. United’s primary creative outlet, Angel Di Maria, looked particularly discommoded by this switch, forced to toil in wide areas rather than his preferred shuttler role on the left of the diamond.

Having ridden his luck with a shaky looking 3-5-2 against Arsenal, Van Gaal was expected to persist with that shape today – indeed, media present at Old Trafford reported that his coaches had drilled the side in this configuration during the pre-match warm-up. Van Gaal chose to spring a surprise, however – United started the game with a back four and a midfield diamond, forcing Hull manager Steve Bruce to rush (other verbs are available) to his technical area in the opening minutes to clue his players in on the situation. END_OF_DOCUMENT_TOKEN_TO_BE_REPLACED

1-1 in the tactical battle between Rodgers and Lambert, 2-2 on the scoreboard.